People often look surprised or bewildered when they see me shooting film. Digital photography has all but pushed film off the main stage of the photographic scene since the early 20-ohs. You no longer need a dark room with all the attendant moisture and hazardous chemicals, an air-conditioned living room with an inkjet printer and some decent photo-finishing software takes care of that. And of course shooting photos is easier, too. A large memory card means no changing film rolls, you can switch ISO settings from shot-to-shot, switch between color and monochrome, and you can skip all the film processing steps. Many images are never printed now, instead just uploaded straight to the web. Perfect, right? 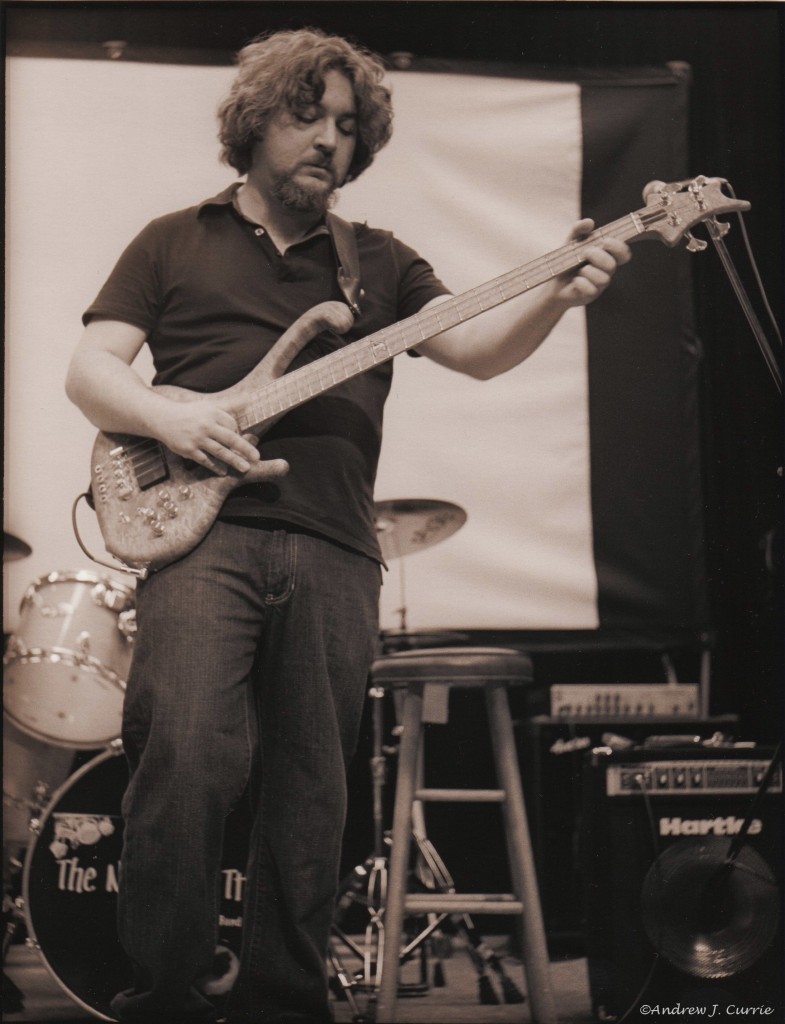 So why do I still do this the hard way?

The answer is personal. I prefer seeing the image appear in the developer, I prefer dodging and burning the light onto the paper with my own hands rather than letting a mysterious peice of software do it for me. It’s like the difference between paying someone to do a job for you and doing it yourself; the personal satisfaction is greater. I also prefer the way real silver gelatin paper looks and feels. It’s hard to tell, now, digital photo printing technology has advanced very far, so maybe it’s all in my head, but it’s there nonetheless.

Consider the above image of bassist Aram Bedrosian (see the Gallery page for details and more photos). Because the film was fixed at ISO 400, I was forced to do the best I could with low light. This freed me to stop worrying about most camera settings.The image was printed by hand and toned with selenium and sepia.  Because of the medium I chose, I was committed to printing in monochrome and adding some warmth by using sepia toner. Had I shot that with a digital camera, I would’ve made dozens of exposures using a higher ISO setting and likely would’ve gotten something that was technically near-perfect. But I like the challenge of doing it the hard way.

I also like the people I shoot and print with. The atmosphere of the dark room invites you to forget about the TV and the internet for a while, to listen to some music and enjoy the company of friends. Printing off an inkjet in your spare bedroom can’t provide that experience.

Most of all is the feeling of accomplishment, of creating something with your own hands. Capturing a vision with a lens and ending with a piece of paper, painted with tiny black grains of silver.

And of course there is the fun of using quirky cameras, many of them antiques, and all of them with personalities of their own. The image of the bassist above was shot with a 50+ year-old twin-lens reflex camera with a fixed lens and a selenium meter that uses no batteries. Contrast that with the fat bulging hunk of plastic that is any digital SLR. The below images were shot with a cheap toy Diana Mini camera given to me as a gift. (See the rest of this image gallery here). No batteries, no meter, so guess the exposure: one shutter speed and only two f-stops to pick from. My two buddies seen in the photos were using digital cameras and making electronic noises while mine made a plastic clicking noise, followed by the sound of me manually winding the film. Had these been shot in digital they would likely be in color, perfectly exposed and focused super-sharp. Booooring. What a cool camera the Diana is, imperfections and all! 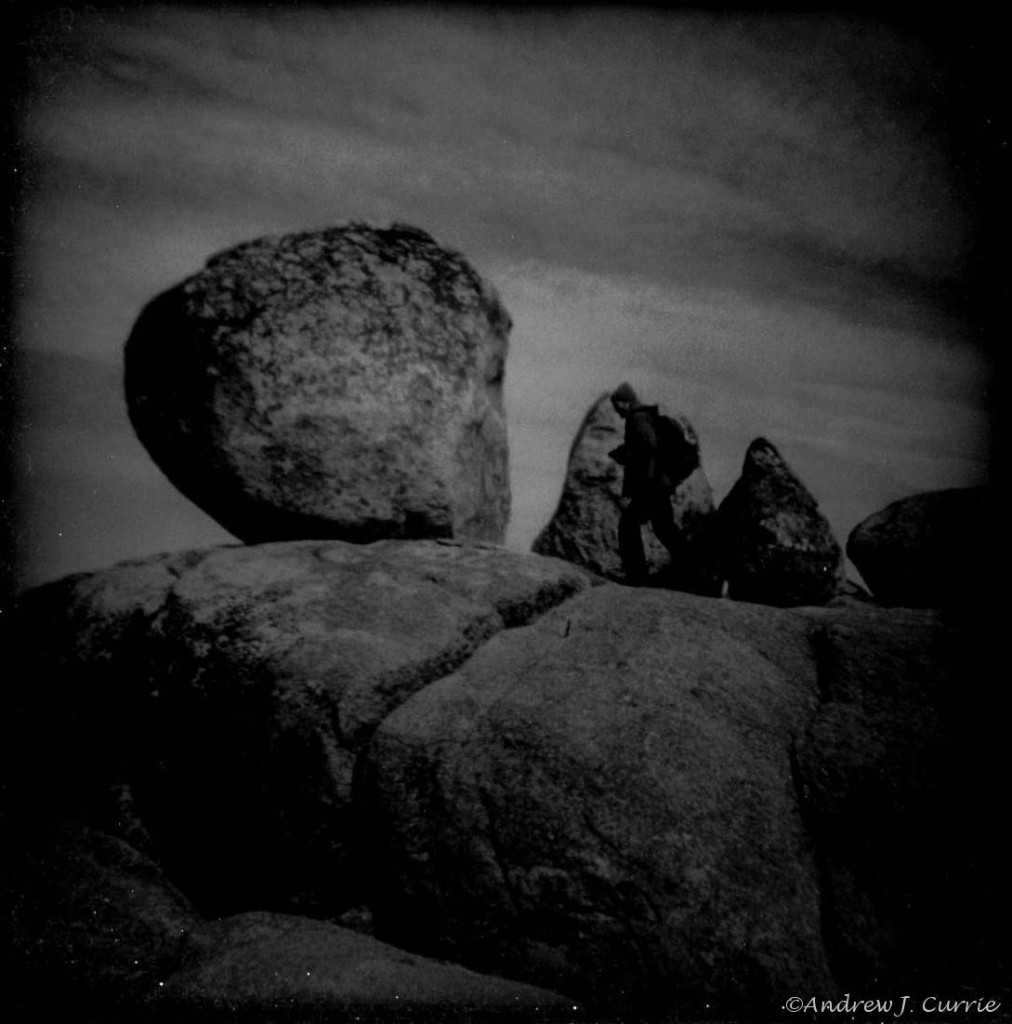 I use digital for some stuff, of course. When I’m in a hurry to make a record of something, for instance, I’ll use my old neglected digital camera. My cellphone gets used as well. But when I want to make photographs for the sake of making photographs, I’ll stick with the old chemicals.